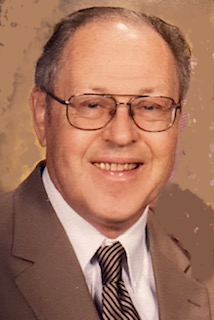 Steve was a graduate of Stowe Township High School, IUP, Pitt, and Duquesne University.  Steve proudly served his country in the U.S. Army, having spent time in Korea while on active duty. Steve was first a teacher, then a guidance counselor, for the Sto-Rox School District for 35 years.

Steve enjoyed model railroading, out of which many lasting friendships were formed. He also was passionate about woodworking and gardening, both of which he enjoyed for many hours. He was a voracious reader who enjoyed books about local history and his beloved Pittsburgh Steelers, many of which he read while traveling both near and far. His favorite activity was every moment he spent playing and talking with his grandchildren. They were the light of his life and the object of every compliment he gave.

He was a faithful member of St. Malachy parish in Kennedy.

In addition to his parents, he was preceded in death by an infant brother.

He is survived by his loving wife of 45 years, Susan (Cort) Joseck of Kennedy, two daughters: Pamela (Mark) Vadas of Kennedy, Barbara (Steve) Magill of Evans City, and his three favorite playmates, grandsons Andrew and Nicholas Vadas and granddaughter Maci Magill. Also surviving are his sister, Helen Clouner, as well as numerous nieces, nephews, and cousins.

Family and friends will be received from 1pm to 8pm on Tuesday, October 29, 2019 in the McDermott Funeral Home, Inc., 334 Forest Grove Road in Kennedy. Mass of Christian Burial will be held at St. Malachy Church on Wednesday, October 30, 2019 at 10:30am. Interment will follow at 12:30pm with Honors at the National Cemetery of the Alleghenies in Cecil Township. Steve’s family would like to extend their heartfelt thanks to the staff of Curahealth for their caring and compassion while he was in their care. Memorial contributions can be made to the American Diabetes Association.

To order memorial trees or send flowers to the family in memory of Steven G. Joseck, please visit our flower store.