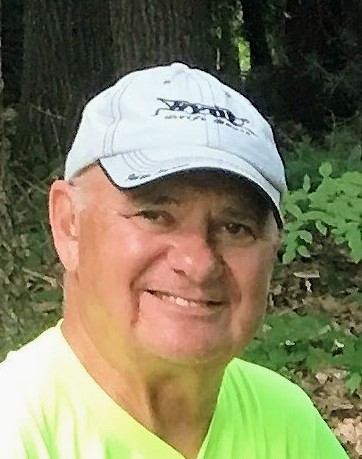 Bob, a resident of Sewickley, passed away unexpectedly at the age of 78.   He is survived by his beloved wife of 53 years, Florence (Petricko) Burik, his son Mark Burik and wife Susie, his daughter Melissa Burik Rempe and husband Brian.  He was treasured by his grandchildren Olivia, Connor, and Sophia Burik; Joey, Isabel, and Gabby Rempe, to whom he was also known as “Chucky”.  Bob was eldest brother to Bill (Ellen) Burik and Bud (Sharon) Burik.  He was preceded in death by his parents Joseph and Esther Burik.  Last, but certainly not least, he is mourned by his faithful friend and companion, his Gordon Setter “Cash Money”.

Born in McKees Rocks, Bob attended McKees Rocks High School and graduated from Robert Morris University after serving his country in Vietnam as a Military Police Officer in the 716 MP BN ACO.  He married the love of his life and the “girl next door” Florence.  He retired from Centria in 2016 as their Human Resource Manager.  He genuinely cared for his coworkers, who came to love and respect him for the efforts he extended on their behalf.

Bob was an avid sportsman all his life, hunting and fishing in the Allegheny Mountains from his camp in Tionesta PA.  His fishing trips took him from the Allegheny River to Stoney Lake Ontario, from the Great Lakes and their tributaries to Islamorada, FL, and from the Outer Banks of NC to his beloved Au Sable River in Michigan.

Through the years, Bob and Florence enjoyed trips to the Caribbean, Scotland, Spain, the Czech Republic, Italy, and Mexico making memories and forming lasting friendships.

But what Bob loved most, his true passion, was family.  His marriage to Florence was based on love, respect and trust, an inspiration to both his children and grandchildren.  Family gatherings were always full of love and laughter.  He took the time to form individual relationships with each of his 6 grandchildren, focusing on their interests as well as sharing and teaching them his.

One of kind, “Chucky” will be deeply missed.  We share comfort in knowing he lived life to the fullest, leaving no doubt of how much he adored Flor and the rest of his family and friends.

Family will receive friends 1:00 – 3:00 PM and 6:00 – 8:00 PM WEDNESDAY at the McDERMOTT FUNERAL HOME, INC., 334 Forest Grove Rd, Kennedy Twp.  Mass of Christian Burial 12:00 PM THURSDAY at Archangel Gabriel Parish/St. Malachy Church. Interment to follow with Military Honors at the National Cemetery of the Alleghenies.  Due to the ongoing pandemic, we are following the PA/CDC guideline and mandate requiring the use of facial masks and social distancing.

To order memorial trees or send flowers to the family in memory of Robert J. Burik, please visit our flower store.