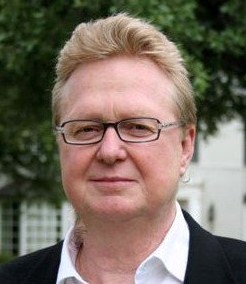 Richard, or Rick to his friends was a man of incredible character. He tried to make everyone around him successful through his personal care, intellect, giving nature, intense loyalty, and infectious personality. You just could not help but admire and grow close to the man that invested in the well being of so many. Although we all will dearly miss this wonderful man, we all feel sure that Rick is already working with God to help us all be better in our lives.

A Celebration in Life remembrance with family and friends will be received on Sunday, December 1st from 6p - 8 p at the McDermott Funeral Home, 334 Forest Grove Rd. Coraopolis PA 15108.

Military funeral honors and the committal service will be at 1:30 pm at the National Cemetery of the Alleghenies, 1158 Morgan Road, Bridgeville, PA 15017. He served two years with distinction as a Marine in Vietnam, including a coordinated series of fierce attacks on many cities and towns of North Vietnam. He was wounded during these attacks and received the Purple Heart plus other commendations for his dedication and bravery. The discipline and patriotism he learned in the Marines never left him, as friends and family will attest.

In lieu of flowers, the family respectfully suggests memorial donations may be made to the family and sent to Nadine Dietrich Van Dyke, 2 Montreaux, Newport Coast CA 92657.

To order memorial trees or send flowers to the family in memory of Richard Van Dyke, please visit our flower store.