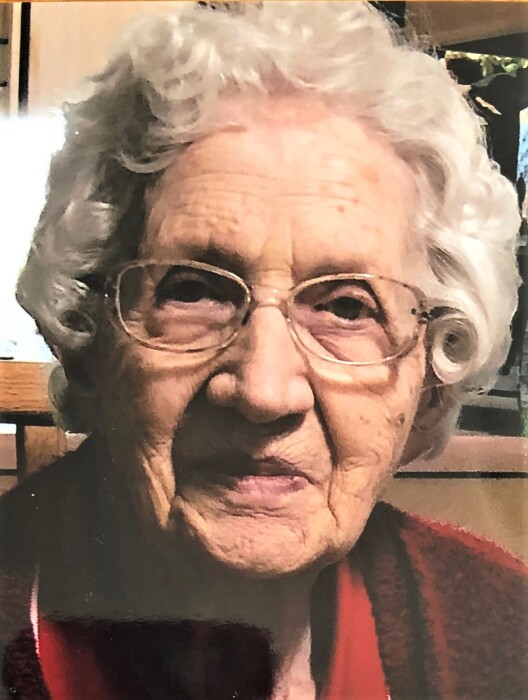 It is with heavy hearts that we announce the passing of our beloved mother, Mary Sulzer, age 103.  She passed peacefully on May 11, 2021 following a fall at home. A longtime resident of Kennedy Township, she was born in the McKees Rocks “Bottoms” on October 29, 1917 to Slovak immigrants John Lesko and Mary (Geczi) Lesko.  From 1921 to 1928 she lived in the village of Barca, near Kosice, in eastern Slovakia with her mother and two brothers. Always a great story-teller, she loved talking about her many experiences growing up in “that little village” as well as describing the vibrancy of life on Helen Street and the “Bottoms” in McKees Rocks during her younger years. She searched for arrow heads on the Indian Mound and cheered the Rox Rangers. Without a doubt, her favorite story was recalling her voyage back to America aboard the Cunard steamship Aquitania in 1928 and seeing the Statue of Liberty. Mary attended St. Mark School and Stowe High School. She was athletic, played mush ball and loved to dance the polka.   In 1944 she married Albert Sulzer who was home on a 14-day furlough during WWII. Following the wedding, she and Albert moved to Chanute Air Force Base in Rantoul, Illinois, until he was sent overseas. She often described their time together in Rantoul as one of the happiest times of her life.  Mary was a devout Roman Catholic who held an unwavering devotion to the Blessed Mother throughout her long life. She enjoyed traveling to religious sites on bus trips with local senior citizens groups, especially the St. Mark’s Senior Citizens. Mary had a kind and generous heart. She was a good friend and a good neighbor. She loved her family.  She especially loved being a grandmother and spending time with her grandchildren. She was predeceased by her husband, Albert Sulzer who died in 1974. She is survived by her four children, Dr. Albert Sulzer, Theresa Sulzer, Bernadette (Stewart) Agreen, and Joseph Sulzer of Vancouver, WA; grandchildren, Geoffrey (Brandy) Agreen, Brian (Kiersten) Agreen of Charlottesville, VA, and Erin (fiancé Will Thomas) Agreen of Sydney, Australia; great-grandchildren, Elia Agreen of Charlottesville and Connor Agreen of Moon Township.

To order memorial trees or send flowers to the family in memory of Mary Elizabeth Sulzer, please visit our flower store.