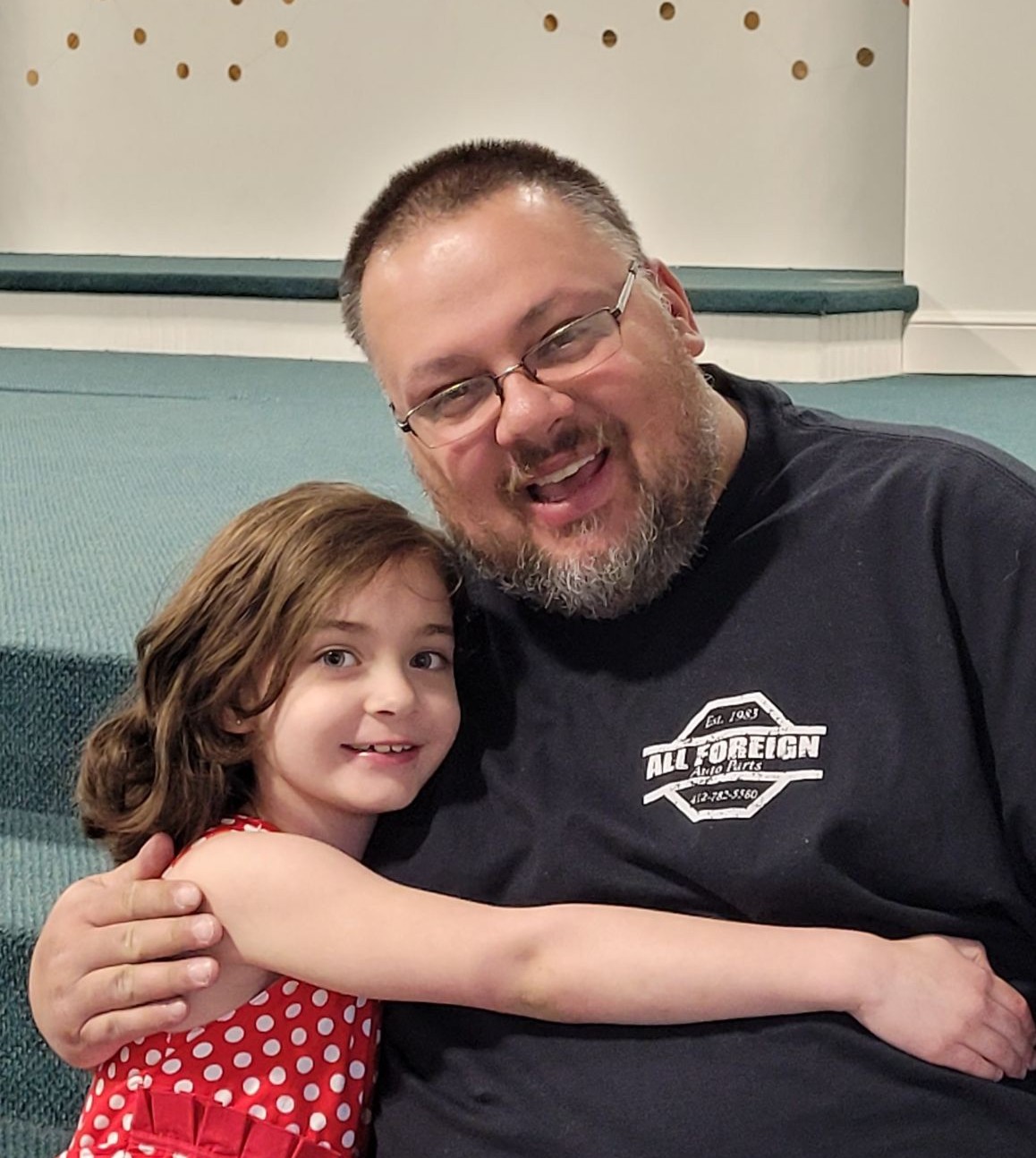 Age 39, of McKees Rocks, passed away unexpectedly on Tuesday, July 12, 2022. Justin was the beloved fiance of Laura Halley; Cherished father to Kiera; Son to Francisco Candelaria and the late Kathryn Raihl.

Justin wore many different hats,fiancee, father, brother, son and Best Friend and coworker  and Employee. How ever people  knew him , he as loved by everyone.

In March of  2015 Justin  and laura welcomed their  daughter Kiera into the world.

Justin started working at All Foreign Auto Parts in 2017 where he earned his nick name Jebby. He started out working in the UPS  room,  boxing up and shipping out parts. He moved up to being a driver shortly after. Where he quickly became friends with the shop workers and owners he delivered to.

Justin was always there when you needed him. From Picking you up at work when  your car was in the shop,  lending you money, sitting at his  daughters dance recital or helpingyou work on your car. He had a way to make you laugh even if you where having a bad day.  He was well loved and will be missed greatly.

A memorial service will be at a later date.

To order memorial trees or send flowers to the family in memory of Justin Raihl, please visit our flower store.