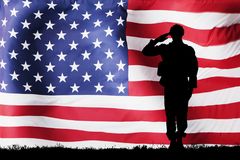 He was born in Johnstown, Pa., on January 20, 1938, and later moved to and lived most of his life in Pittsburgh, Pa. He served as a Lance Corporal in the U.S. Marine Corps from 1956-1958 and married his high-school sweetheart in 1960 after completing his military service.

John was a respected Legal Investigator for more than 50 years, working with many law firms throughout the city. In addition, he was a founding member of the National Association of Legal Investigators (NALI).

He was an avid outdoorsman since childhood and later turned a love of hunting and fishing into a quiet observance of nature after moving to “the country” in Emlenton, Pa. His love of animals made him the perfect grandfather to many beloved grand-Dobermans and Vizslas.

He was preceded in death by his parents, Mike and Mary “Baba” Fedorowich; his brothers, Steve Fedorowich and Charles Fedorowich; a sister, Joyce Ray; and sister-in-law, Carol Vignone.

There will be no visitation. Funeral service and interment will be private at the National Cemetery of the Alleghenies. The family would like to acknowledge the compassionate care that John received at the VA hospital. In lieu of flowers, remembrances may be made to the “VA Pittsburgh Healthcare System,” Voluntary Service (118V-A), 1010 Delafield Road, Pittsburgh, PA 15215.

To order memorial trees or send flowers to the family in memory of John J. Fedorowich, please visit our flower store.