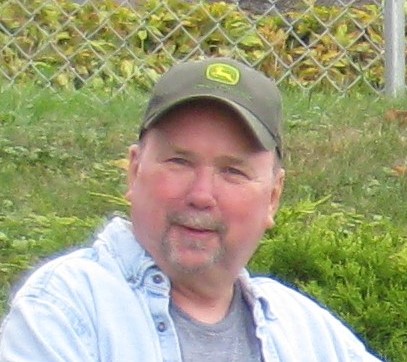 Armed with a positive attitude and his faith in Jesus Christ, Jack battled lung cancer for the past 17 months, fighting to the very end. His struggles ended when he departed this life on January 6, 2020 at the age of 71.

He will be sorely missed by his partner, soulmate and wife of 43 years, Jeanine (Bauer). Their marriage was blessed with two children, John (Lauren) and Megan (Nick) Priore. With the addition of five grandchildren, Keira, Jack and Maura Costello and Connor and Kelsi Priore, their family was complete. Jack also leaves behind a sister, Kathleen (Paul “Herky”, deceased) Kotek and a brother Jim (Dee, deceased), along with several nephews, nieces, and beloved extended family.

Born and raised in Pittsburgh, Jack was the son of John Joseph Costello and Margaret Helen Moore. He attended St. Mary of the Mount School and graduated in the class of 1966. Jack was handy and hard-working even from a young age, when he would build things to play with and worked a newspaper route with his beloved dog, Charlie, by his side. A gifted storyteller with a great sense of humor, Jack loved to share old family stories. He often regaled us with tales of his wild youth – weekends at Conneaut Lake with friends, the cool cars he had and the time he and a friend drove Route 66 to Las Vegas on a get-rich quick scheme. Jack later worked as a stationary engineer and was a proud member of the IUOE Local 95 for over 30 years. He loved spending time tinkering on projects in his workshop and built many decks, sheds and kitchens. Afterwards, he’d enjoy a cold Iron City Beer which he said always tasted better after a hard day’s work. He loved listening to music and reading books, especially old ones about obscure topics or manuals for machinery. He wore suspenders and never left the house without his hat. He loved spending time with his family, most especially his grandkids, always making his time with them special. Jack was very proud of his “100%” Irish heritage and was fortunate enough to travel to Ireland in 2012 with family and friends to meet his second cousins. When Jack was diagnosed with Stage IV lung cancer in August 2018, he immediately declared he wanted to throw his own wake so that he could be there to enjoy it – he was never one to miss a good party! In fact, Jack enjoyed a good party so much that he embodied the family tradition of “vestibuling”, which is when you say you are leaving a party but two hours and maybe another beer later, you’re still saying goodbye. He vestibuled on this Earth long enough to enjoy his second wake in September 2019. Faced with a cancer diagnosis, he reminded us not to waste the precious remaining time in sadness, but to savor it with family and friends.  All who were blessed to know and love Jack in his lifetime will remember his positive outlook and humor in life and are grateful for many good memories. In celebration of his life, please say a prayer of thanks to St. Jude.

To order memorial trees or send flowers to the family in memory of John Paul Costello, please visit our flower store.