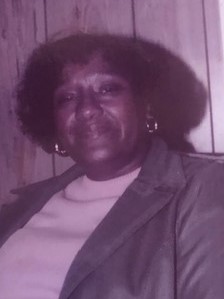 Joan was born to the late Elsworth Alsop and Thelma Brown on February 12, 1930 in Annapolis, MD. She received her high school diploma from Wiley H. Bates High School in Annapolis, MD. In her later years, she attended Delaware Technical College earning several credits in Political Science. Joan was a woman with many talents; she worked at a bank for many years, raised four beautiful daughters and volunteered all over the eastern coast. Although she studied Political Science and worked in banking, her most beloved enjoyment in life was playing, teaching, and directing music. Joan was an accomplished musician for over 50 years, she was a choir director at Asbury Methodist Church in Annapolis, MD, a music teacher in a multitude of locations, and she played the piano at the Salvation Army and Bethel AME Church in Wilmington, DE, as well as many other churches. She passed her love and appreciation of music to all her children. Joan was immensely proud of her family, and leaves behind nothing but beautiful memories. She was a lover of all the arts, but her favorites included theater, poetry, singing and cooking. She also enjoyed traveling, participating in senior centers activities and spending time with her family. Everyone knew Joan for her sweet and loving personality but as she got older, she often repeated the quote: "Hit the Road Jack and Don’t You Come Back No More."

Joan leaves to cherish two daughters: Naomi Shaw of Washington, DC and Khadija Shaw of Philadelphia, PA and a Godson: Bob Cousar of Wilmington, DE. She is also survived by six grandchildren; Veronica Grant, Dinetria Edwards, Dominique Daniels, Jennifer Hudson, William Berrioz, Denise Johnson and Naya-Monet Sembe; fourteen great-grandchildren and a host of other family and friends that may not have been mentioned. Two brothers, Robert and Allen Pindell, and her two beloved daughters, Thelma Woodby and Gretchen Matthews who predeceased Joan.

Family will receive friends at the McDERMOTT FUNERAL HOME, INC., 334 Forest Grove Road, Kennedy Twp., FRIDAY 11:00 AM until time of Funeral Service at 1:00 PM. Due to the ongoing pandemic, we are following the PA/CDC guideline and mandate requiring the use of facial masks, social distancing and permit a maximum of 25 visitors into the funeral home building at one time. If you feel uncomfortable visiting, we kindly suggest leaving an on-line condolence.

To order memorial trees or send flowers to the family in memory of Joan L. Shaw, please visit our flower store.