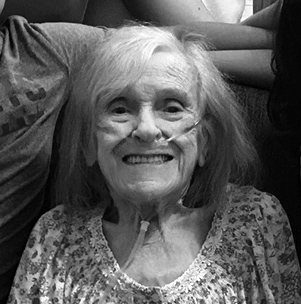 Joan (Ganley) Russ a longtime Pittsburgh resident passed away in Spartanburg, SC at age 89 on October 28, 2020 of natural causes.

She is survived by her daughter Marion and son-in-law William Flanigan of Reston Virginia, and grandson, James, of Tucson, Arizona, as well as son Leon G. Russ and daughter-in-law Theresa of Spartanburg, South Carolina.

She was predeceased by her husband George D. Russ in 1977 as well as her five siblings, Marion, Helen Mae, Tom, Alan and Milt Ganley.

She graduated from Stowe High School and Montiefore Nursing School. She then devoted her life to nursing and her family.

She began her career at Montiefore Hospital.  She spent time as an Emergency Room and Operating Room nurse at Allegheny General Hospital. She also worked at St. John’s Alcohol & Drug Rehabilitation (ADR) Center before winding down her career in Dr. William Bader’s office.

Friends and family will be received at McDermott Funeral Home in McKees Rocks on Friday, November 6 from 5 pm to 8 pm.  Visitors must wear a mask at all times. A service of remembrance will be held at McDermott’s on Saturday, November 7 at 11 am followed by interment at Union Dale Cemetery.

To order memorial trees or send flowers to the family in memory of Joan Ganley Russ, please visit our flower store.