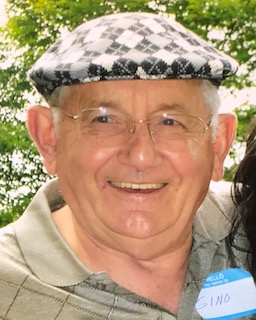 Family and friends will be received 6-8 PM MONDAY and 2-4 and 6-8 PM TUESDAY at the McDERMOTT FUNERAL HOME, INC., 334 Forest Grove Rd., Kennedy Twp., where prayers of transfer will be offered at 9:00 AM WEDNESDAY, followed by a Mass of Christian Burial at 9:30 AM in St. John of God Parish, the Church of St. Mary’s

In lieu of flowers, the family respectfully suggests contributions to Focus on Renewal or to the McKees Rocks Meals on Wheels.

To order memorial trees or send flowers to the family in memory of Gino Tarquinio, please visit our flower store.