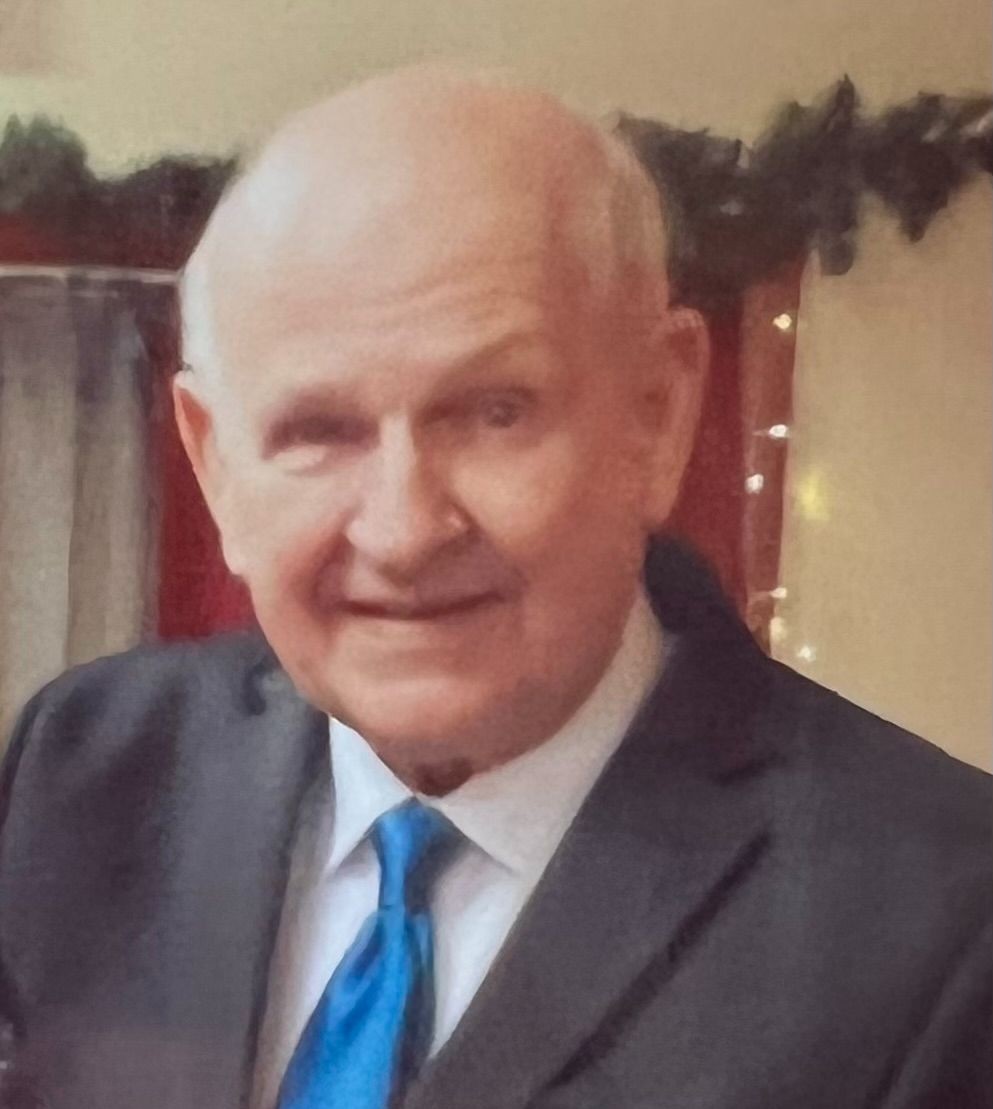 90, of Kennedy Twp., went to live with the Lord on February 21, 2022.  He was son of the late Frank Barr, Sr. and Anna (Bukavic) Barr.  In December of 1956, he married the late Rita (Howley).  They had three children; Nancy (Mark) Jarocki of McKees Rocks, PA, David Barr of Natrona Hts., PA and Sally (Jeff) DiCicco of Oakdale, PA.  On Nov. 14, 1992, he married Mona (Reeves) Barr, who survives.  Also surviving are two step-children; Barbara (Mihalek) Quast of Cokeburg, PA and Timothy (Heather) Mihalek of Washington, PA.  Also surviving are eleven grandchildren and five great-grandchildren; and brother, Kenneth (Margaret) Barr, of Blackfoot, ID.  Frank distinguished himself early on by NEVER missing a day of school from first grade thru high school and four years at Duquesne University where he graduated in 1953.  After graduation, he entered the Army and served two years as a medic.  Frank owned and operated his own stores until 1991 when he went to work for Eckerd Drug in the mail order division, and retiring in 1998.  He and Mona enjoyed traveling the world, dancing and reading.  He also enjoyed playing Jin with his buddies, Herb and Dallas.  He will be greatly missed by his family and many friends.  Visitation will be held WEDNESDAY, 2-4 & 6-8 PM at McDERMOTT FUNERAL HOME, INC., 334 Forest Grove Rd., Kennedy Twp., where prayers will be offered THURSDAY, at 9:30 AM, followed by Mass of Christian Burial at 10 AM, at Archangel Gabriel Parish / St. Malachy Church.  Internment will follow, at St. Mark’s Cemetery, McKees Rocks, PA.  Please be prepared to adhere to all CDC guidelines, including wearing a mask.  In lieu of flowers, donations may be made in Frank’s name to the Alzheimer's Society (www.alz.org).

To order memorial trees or send flowers to the family in memory of Frank Anthony Barr, please visit our flower store.