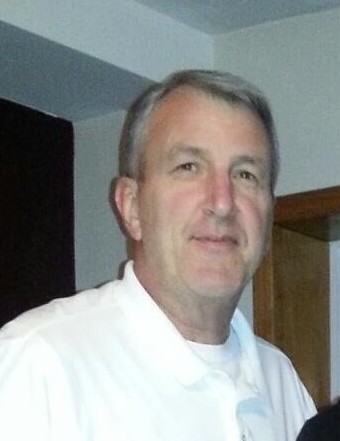 Age 63, of Kennedy Twp., after a long and courageous battle with cancer went to be with his Savior on June 25, 2017. He is survived by his beloved wife of 40 years, Roslyn (Davis); loving daughters and sons-in-law Kathryn and Brian, Emily and David and grandchildren Julianna, Elizabeth, Giorgia and Ford, his sisters Diane (Robert) Stazewski of Halifax, PA and Brenda (Randy) Riffey of Gainesville, MO and several nieces and nephews.  Doug loved hunting, cars, reading the comics, sports and playing with his grandchildren.  He served as a township manager in Western Pennsylvania for 35 years before his retirement in September 2015.  Family and friends will be received on WEDNESDAY from 5-8pm at the McDERMOTT FUNERAL HOME, INC.., 334 Forest Grove Rd, Kennedy Township.  The funeral service will be held at 10am on THURSDAY at Providence Presbyterian Church, 77 Phillips Ln, (Robinson Twp.) McKees Rocks, Pa 15136. The family wishes to thank Dr. Appleman and the medical staff at Hillman Cancer Center for their attentive care and support over the years. The family suggests donations be made to Hillman Cancer Center to: Development Department, UPMC Cancer Pavilion, Suite 1B, Pittsburgh, PA 15232.

To order memorial trees or send flowers to the family in memory of Douglas C. Arndt, please visit our flower store.