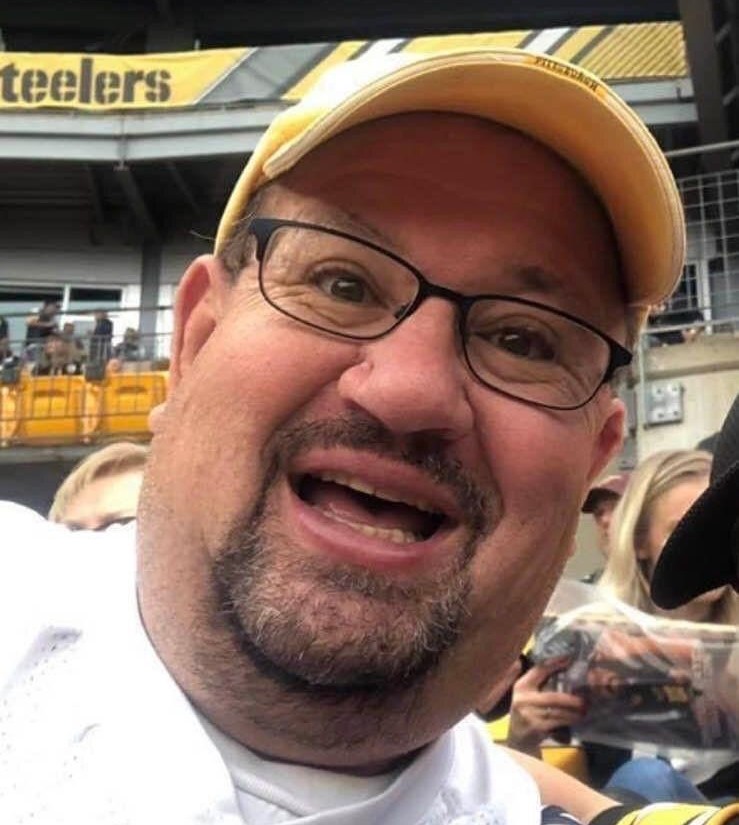 On April 28, 2022, Donald Craig Lemasters, 55, passed away peacefully with his wife by his side and love in his heart.  Don is survived by his loving wife, Jennifer, of nearly 24 years and their children, Jacob and Aubrey. He is
also survived by his father Don Lemasters (Carole Jellots), his sister Becki Kline (Chris) and niece Carly Kline. He is pre-deceased by his mother Myrna Lemasters. Don grew up in New Cumberland, WV where he loved to play baseball, football, and anything else that let him be outside, and graduated from Oak Glen High School. He moved to Morgantown for college,
loved every minute being a member of Phi Sigma Kappa, and graduated from West Virginia University with dual degrees. He was a lifelong Mountaineers fan - every Saturday during football season, you were guaranteed to hear “Let’s go, Mountaineers!” wherever Don was. He moved to the Pittsburgh area after college and has lived in the Kennedy/Robinson Twp area since
then. He was an active member of the Ken Mawr United Presbyterian Church, was involved over time as a Youth Group Leader, Deacon, and Elder, and was married nearly 24 years ago by the same Pastor who will be returning him to God on Tuesday. Don’s motto, was “It’s gonna be a good day, tater.” He inspired everyone around him to see the bright side of life. He was generous to a fault, giving to everyone around him. He also gave everything to live
another day to be with the family and friends he loved so dearly.
He loved family dinners on Sundays and eating delicious foods, specifically any meat he could grill and anything chocolate he could find. He was the ultimate host, who enjoyed opening his home to all he cared for. He was the master of living in the moment and finding the good in life. Don enjoyed
vacationing with family and friends in St. Thomas and other beach destinations and loved making sandcastles and digging holes in the beach with his children.
He was so proud to watch his children play sports and relished in their accomplishments. He embodied integrity and kindness and instilled both in his kids. His daughter, Aubrey, loved Father/Daughter dances, and his son, Jacob, enjoyed fishing and camping with his dad.
He was a long-time Steelers season ticket holder and loved tailgating with friends. He also enjoyed golfing, the occasional cigar, the more than occasional bourbon, and just having fun in general. His infectious personality meant he never met a stranger. And for those who knew him best, he was never without a huge, welcoming grin.
His career was focused on business development in advanced technology and security solutions. In lieu of flowers, donations may be made to the Leukemia and Lymphoma Society or to Caring Heights Community Care and Rehabilitation Center (Coraopolis) in memory of Don Lemasters to thank the team who provided such kind and dignified care to him during his final weeks.
Friends and family will be received at McDermott Funeral Home at 334 Forest Grove Road, Coraopolis PA (Kennedy Twp) on Monday, May 2 from 2-4pm and 6-8pm. Funeral services will take place on Tuesday, May 3 at 11am at Ken Mawr United Presbyterian Church 1760 Pine Hollow Road, McKees Rocks, PA 15136.

To order memorial trees or send flowers to the family in memory of Donald C. Lemasters, please visit our flower store.