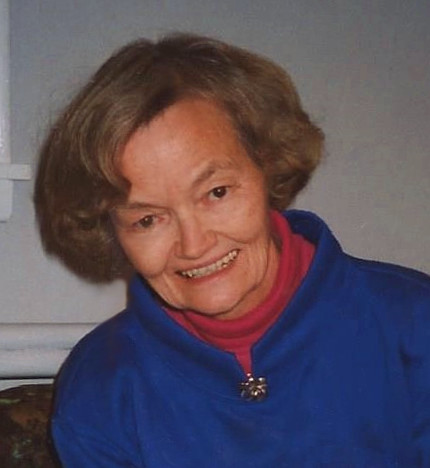 Carol Bogen, a long-time resident of Mt. Kisco NY, age 90, passed away peacefully on April 5, 2021.
Carol was born in Port Allegheny PA in 1931 to John and Edna Swort.  The family relocated to Florida when she was a young teen where she graduated from Mt. Dora High School where she won the PepsiCo Full Scholarship for her state. All doors, including those to the Ivy League, were open to her, but she chose to attend first Whitman College and then Antioch where she earned a degree in Psychiatric Social Work. This choice was an early reflection of her newfound and lifelong Quaker values of a simple life of service. Later, after marrying and setting a good foundation for her 4 children as a homemaker, she went back to school for her MSW at New York University. This led to a career with the Veterans Administration’s Halfway House in Montrose NY, where for more than 20 years she helped those with addictions gain sobriety and balance. Additionally, she took on numerous volunteer roles and was an active member of the Chappaqua (NY) Friends Meeting.
Carol loved nature and taught her children to as well. She was a faith-filled person who believed that we should honor the presence of God in all living things.  She enjoyed camping, ocean swims and mountain hikes. Plants and animals were a constant theme and joy in her life. She was an avid organic gardener and caretaker to many dogs and cats. She was also an intrepid traveler, moving to multiple overseas and domestic posts with her husband when he was a Naval officer and then a city planner. Much later Carol discovered an affinity for square dancing and during her 50’s traveled around, her husband as partner, to large square dance events sporting elaborate homemade dresses.
Carol was married to her college sweetheart, Bob Bogen for 67 years until he preceeded her in death in February of 2020. She is survived by her four children; Steven Ross Bogen (Mary), Sara Wilensky Napoli (Anthony), Doug Bogen (Karolina), Margaret Coyne (Robert) and 4 grandchildren; Lissette Wilensky, Michael Wilensky, Jackson Coyne and Kate Coyne.
A private Memorial will be held in her honor.

To order memorial trees or send flowers to the family in memory of Carol Bogen, please visit our flower store.