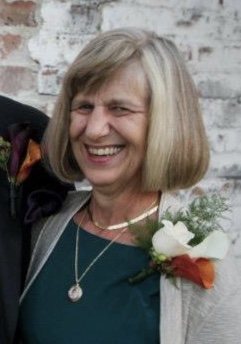 Age 70, of Robinson Township, passed away peacefully in her sleep on December 21, 2019. Bernie was a 1967 graduate of Montour High School where she was an avid member of the marching band and later went on to play in the West Hills Symphony. For many years, she sang and played guitar in the contemporary choir at St. Malachy Catholic Church. She worked for American Bridge Company for 41 years and was a lifelong member of Girl Scouts. She was an inspirational troop leader, energetic band parent, and dedicated volunteer for her daughter’s high school theatre program. Bernie deeply enjoyed being outdoors, spending many years skiing and golfing with her husband and daughter. She loved animals and was the world’s best hugger. Beloved wife of Michael J. Panzo, Jr. for 49 years; loving mother to Tara Nobles (Barr) of Savannah, Georgia; proud grandmother to three granddogs; sister of Barbara (Jerome) BraidiÄ‡, Albert (Ellen) Bialek, Connie (Eugene) Uhl; sister-in-law of Judi Siler; and aunt to numerous nieces and nephews. Family and friends will be received from 4-8 p.m. on Sunday, December 29, 2019 at MCDERMOTT FUNERAL HOME, 334 Forest Grove Road, Coraopolis, PA 15108. A mass of Christian Burial will be celebrated at St. Malachy Church at 10:30 a.m. on Monday, December 30, 2019. Burial to follow at National Cemetery of the Alleghenies.

To order memorial trees or send flowers to the family in memory of Bernadette J. Panzo, please visit our flower store.